Innovation is the engine of enterprise development-Mr. Bian's speech at the commendation meeting of Cool 8 Degrees/Jane Eyre R&D Project

I read an article some time ago, which triggered my thinking. The article mentioned that China's economy has now entered a new development pattern of "internal circulation as the mainstay and dual circulation mutual promotion". So, where is the engine of the new pattern? The answer to the article is very simple-urbanization, urbanization, urbanization, and the important answers are repeated three times. After reading it, I thought about it again and again, and carefully experienced several articles by Vice Premier Liu He. I am very appreciative and happy with this answer. Urbanization is great news for Sayyas, but at the same time I feel a little sad. With a population of 1.4 billion in China, Novartis uses urbanization as an economic engine. This is not what we really expect. 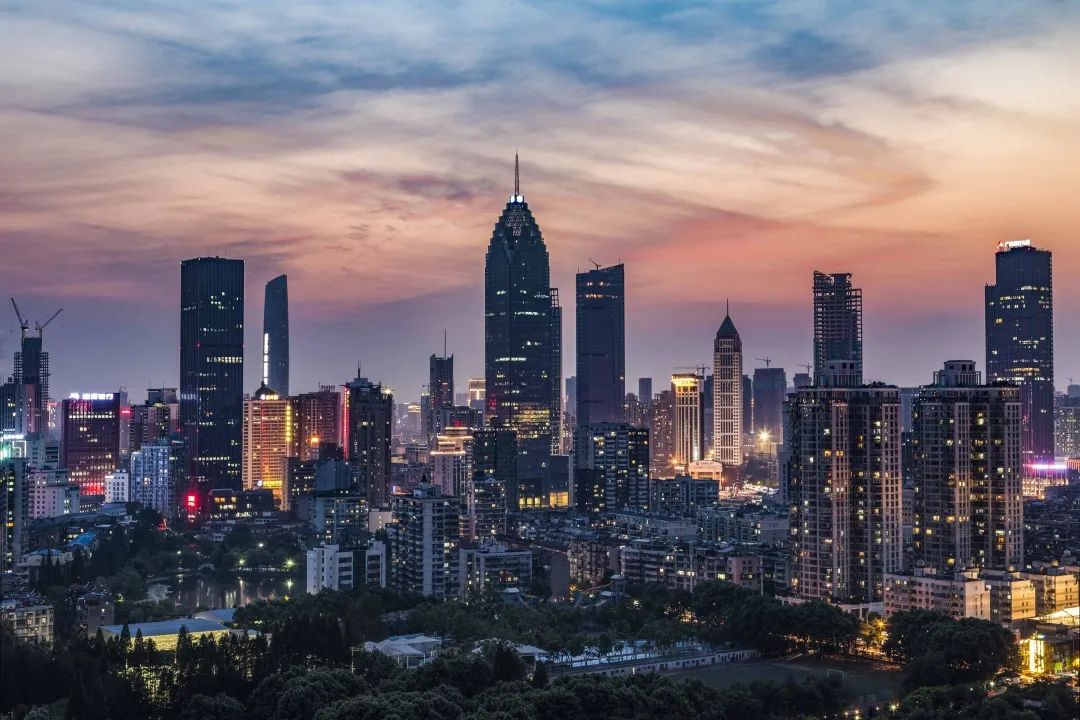 Why did the country quickly launch the science and technology innovation board in 2018~2019? I think what the country really expects is to "rejuvenate the country through science and technology, and rejuvenate the country through industry." Because we are dragged down by the lack of scientific and technological innovation, we will be restrained and suppressed by the United States. However, it is very difficult to counterattack and achieve transcendence under the condition of insufficient technological innovation. Take agriculture as an example. There are more than 3 million farmers in the United States, producing 510 million tons of grain each year; China has 7.8 billion farmers, producing only 100 million tons more grain than the United States; and the per capita income of Chinese farmers is still low. In contrast, our economic development is lagging behind. Therefore, we must develop large-scale agriculture, large-scale planting, and large-scale breeding. What about the released labor? Send them to the cities to reduce rural construction land, expand urban construction land, urbanization, and real estate. How will these 7.8 billion farmers make a living after they enter the city? 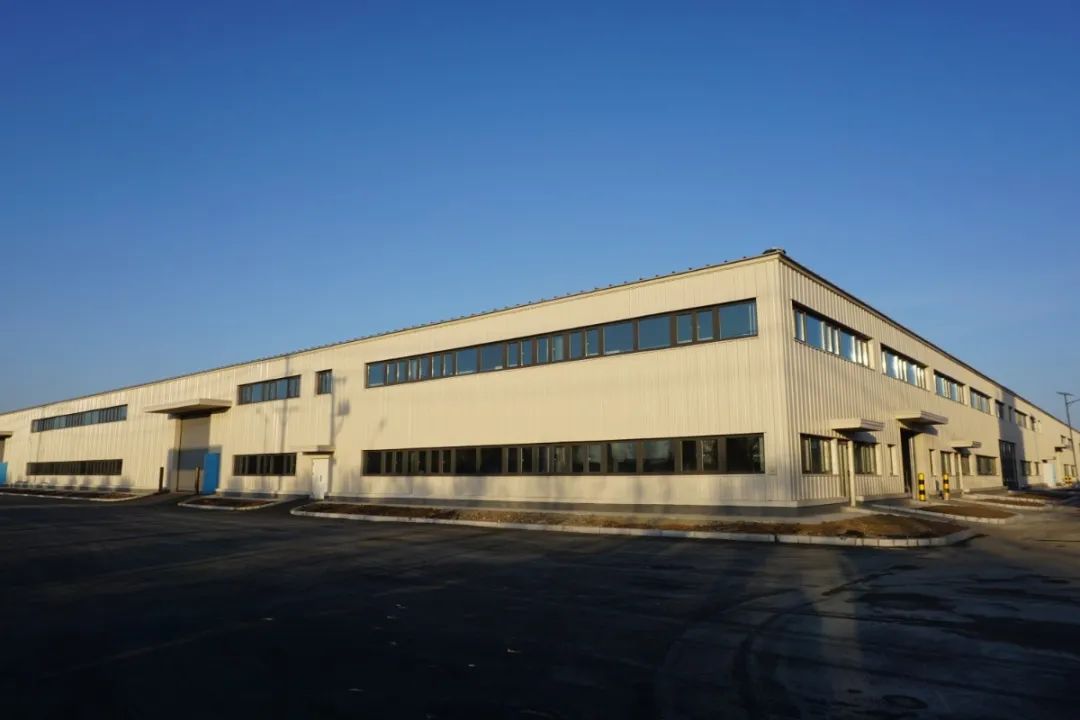 In fact, there is no way to stimulate the economy through urbanization. If we want to rejuvenate our country through manufacturing, service industry, and technology, we need to make changes from the cultural foundation. There is a saying in China since ancient times that if you are good, you are good. There is a golden house in the book, and there is Yan Ruyu in the book. People used to read the Four Books and Five Classics, and philosophy far surpassed science. Therefore, among the four major classes in ancient China-scholars, farmers, businesses, and commerce, there were no scientific and technological workers. The British Museum in the United Kingdom once made such statistics: from the Paleolithic to 2008, there were 1,001 inventions and creations born in human history that affected the world. Among them, there were 30 in China, accounting for 3%, which is not too many. But these 30 are all before 1500. Among the 838 major inventions and creations that have affected the world after 1500, there is none in China. In fact, it is quite embarrassing to cause us to think deeply! 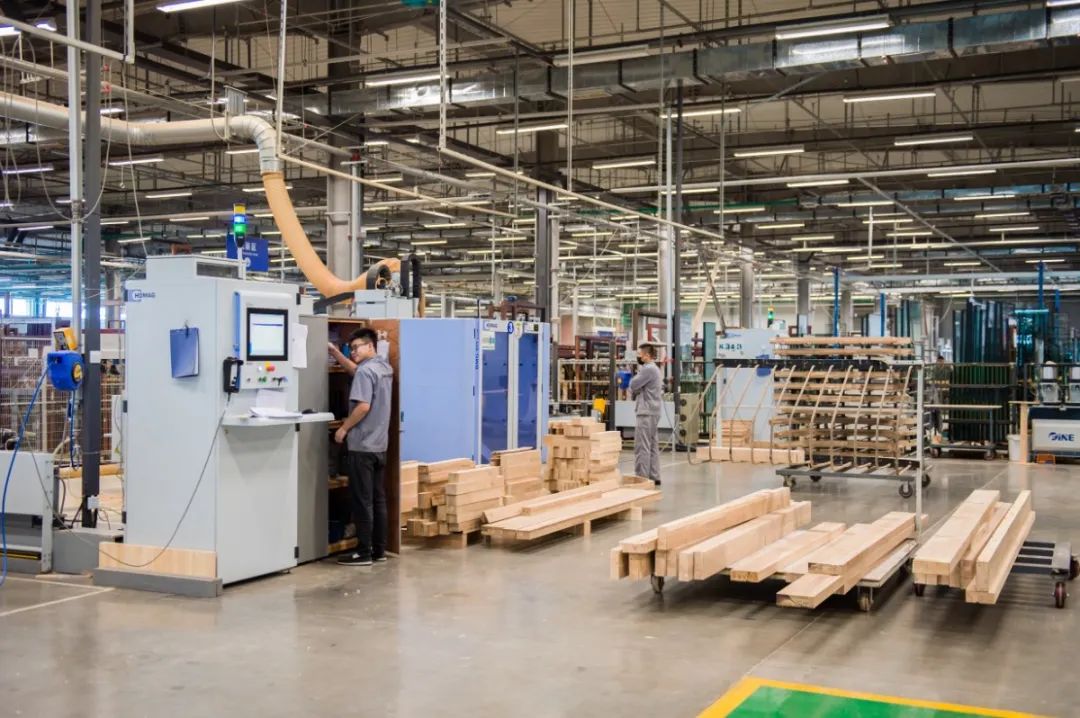 The planning of Sayyasku 8 Degrees began in 2018. In fact, it is the simple material thinking that leads to the thinking about whether it can be a window. It has a slender appearance, a flat structure, a hidden hinge, heat preservation, heat insulation, environmental protection, anti-corrosion, and anti-deformation. The advantages are more obvious when making a large opening. Customers need such products, so Cool 8 degrees came into being, which is in full compliance with our imagination and definition of "perfect" windows. Cool 8 Degree is our product after repeated research and trial production. It is the integration of Sayyas's various cutting-edge technologies, and is another proof of Sayyas's strong R&D and manufacturing capabilities. 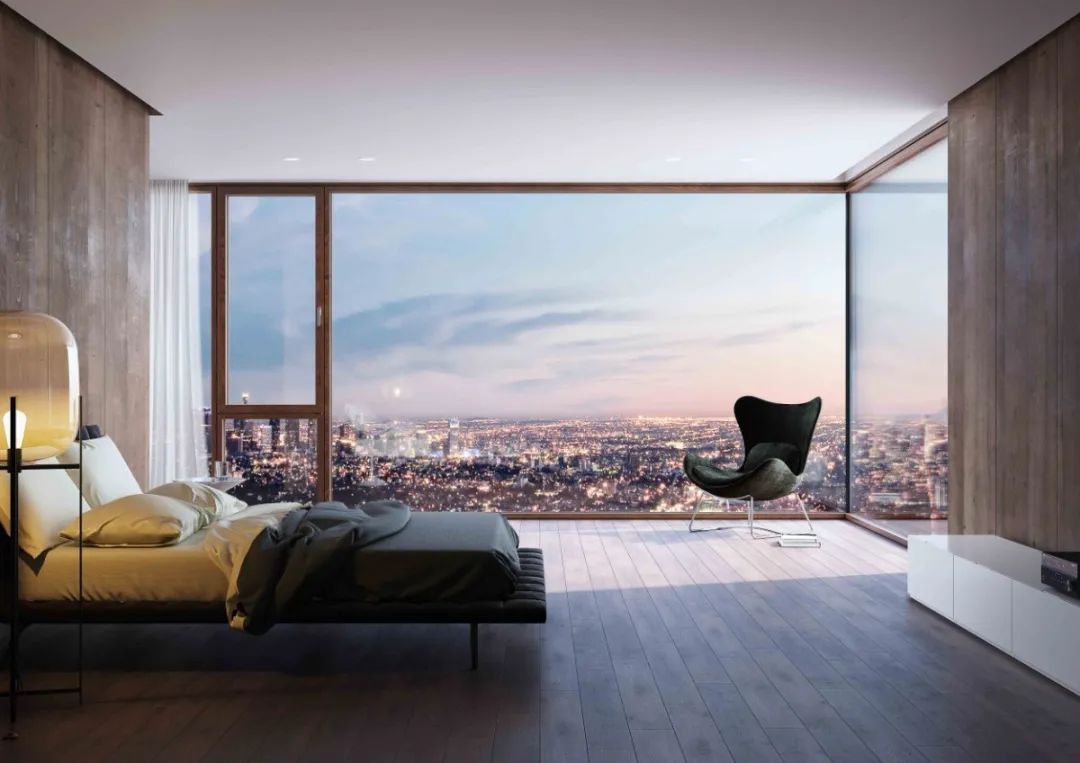 At present, Cool 8 Degrees has received very good market feedback. It is suitable for South China, Southwest, East China, and Central China. It has high universality and is suitable for both North and South. This product is really promising. The next thing that needs to be done is to reduce costs, improve the level of processing technology, and improve work efficiency. We are going to refurbish the thousands of square meters workshop on the second floor of the old Haxi factory for pultrusion line production. This is a bit of a serious scientific research posture. It is a very meaningful and valuable thing to dare to invest and firmly do a good job in manufacturing.

It is unimaginable for Mori Eagle to introduce the old to the new ten years ago so quickly. Today, on the basis of continuous deepening of management, the technical experience of the R&D center, combined with the deep process accumulation of the manufacturing center and strong supply chain management, coupled with the promotion of the product line team, the cooperation from top to bottom, and the successful launch of Cool 8 Degrees. At the same time, it has also become a small achievement of the new product project management launched by the heavyweight team of Sayyas product line. The same is true for the launch of the Jane Eyre aluminum core gold series. The idea was born on April 15 last year, and the sample window was launched on September 25. The research and development speed is very fast, and the design of this product is very delicate. 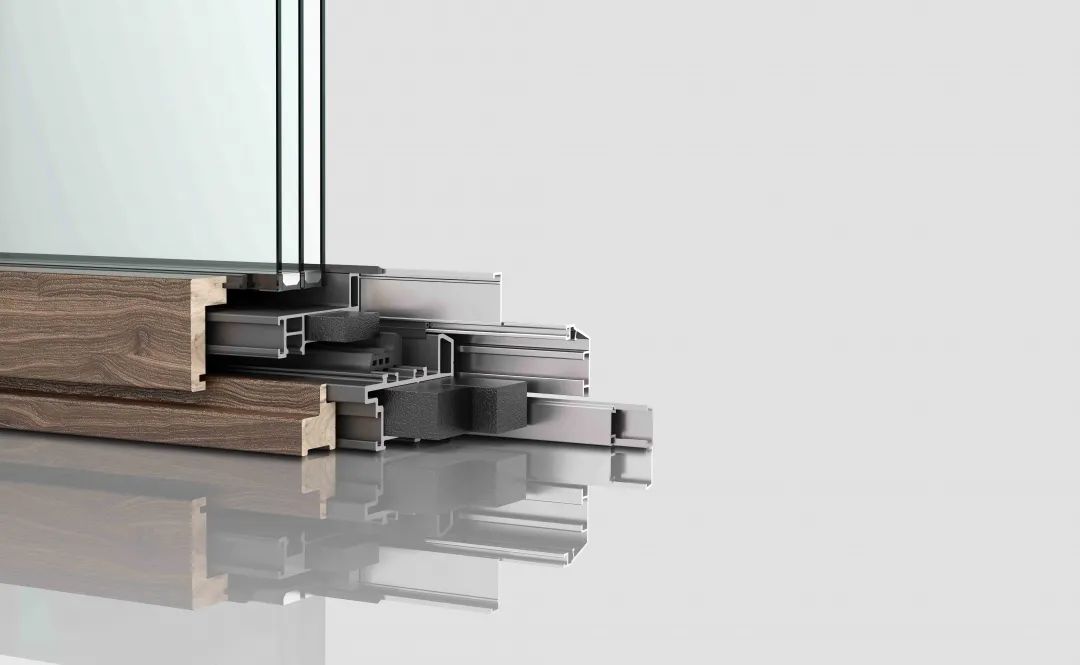 Affected by the epidemic in 2020, all walks of life have been universally impacted, but Sen Ying has repeatedly launched two series of new products. Cool 8 degrees we call the new generation of aluminum-clad wood, Jane Eyre is a dessert after the 12-course meal of Sayyas aluminum-clad wood, we call it "12+1". We will control the proportion of Jane Eyre in retail orders. I hope it will not exceed 10%, and will not affect the brand status of the category and brand of "Sayyas Aluminum Clad Wooden Window" in the minds of customers.

Here, I would like to thank our team. Under the promotion of the heavyweight team product committee, with the cooperation of major centers, everyone has a division of labor and no separation of homes, so that the Cool 8 degree system and the Jane Eyre system have been successfully launched. Of course, team members will be rewarded for their devotion. The company will measure the contribution of the results and establish project awards and innovation awards. We must continue to carry forward this trend of technological advancement and technological excellence in Sayyas and penetrate into the cultural blood. As a technology-advocating company, not only the R&D center must study technology, but also the manufacturing center must understand technology, process, and materials. The marketing department, brand department, channel department, sales department, and two order departments must learn technology. Everyone in Sayyas must become a technical and expert employee, and then the centers and departments will collaborate with each other. 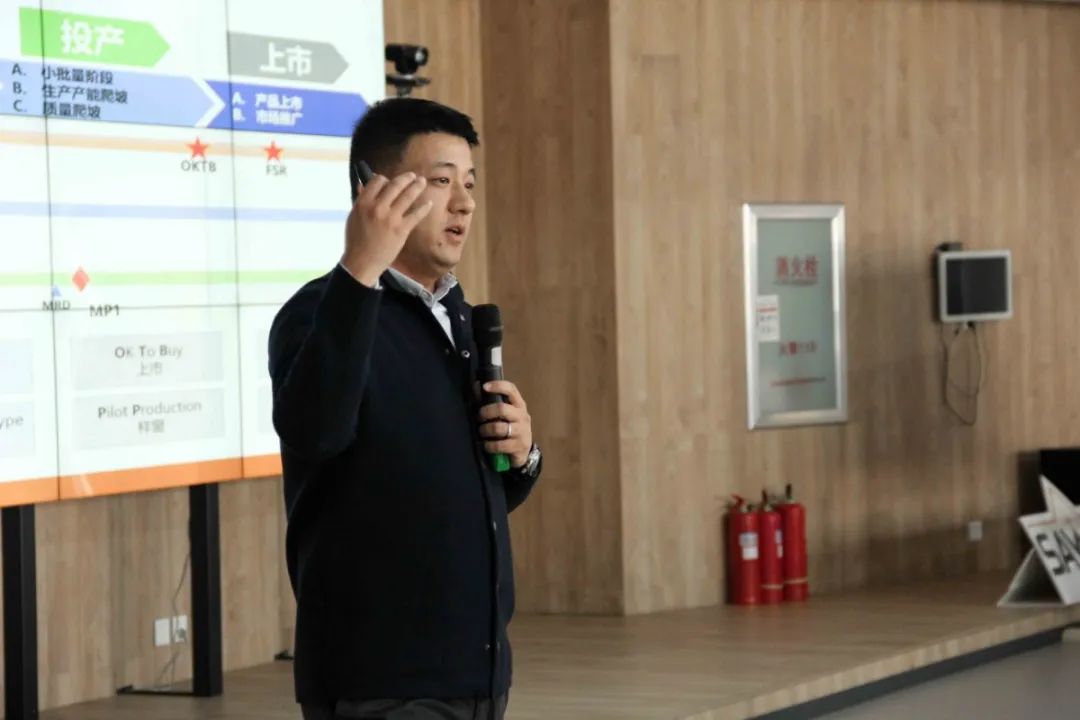 Sayyas attaches great importance to innovation and has a tradition. In 2014, Sayyas began to launch the "re-creation" appraisal. The term "recreation"—recreation means vacation, but its root is composed of "repetition" and "innovation". "recreation" means constant repeated creation. After the re-creation was launched, the scale of rewards has become larger and larger. Now it is rekindling in full swing. In the future, we will spend millions or more every year to encourage innovation. All of us must learn technology and craftsmanship to let Sen Eagle keeps going on the road of attaching importance to technology and encouraging innovation. We must overcome the influence of some dross thoughts that are far away from science and technology in the tradition and establish a culture of "technological advancement and science and technology for good". This is very important.

The epidemic has affected our pace of opening our minds when we go abroad. After the epidemic is over, we still have to go to Europe and the United States more to make Sayyas a paradise for technological innovation. The Sayyas Product Committee has three backstages-Wang Yong, Guocai, and Teacher Wang, who want money and money and people, and build this product line into a professional team. You have to go to the market more, and you can cross-border. Because you are not purely technical workers, you can let your mind go without restriction. The Chinese are somewhat servile, leadership is paramount, and their thinking is limited. Therefore, we must forget our leadership, keep an eye on market demand, and focus on our customers, so that we can create good products and services. 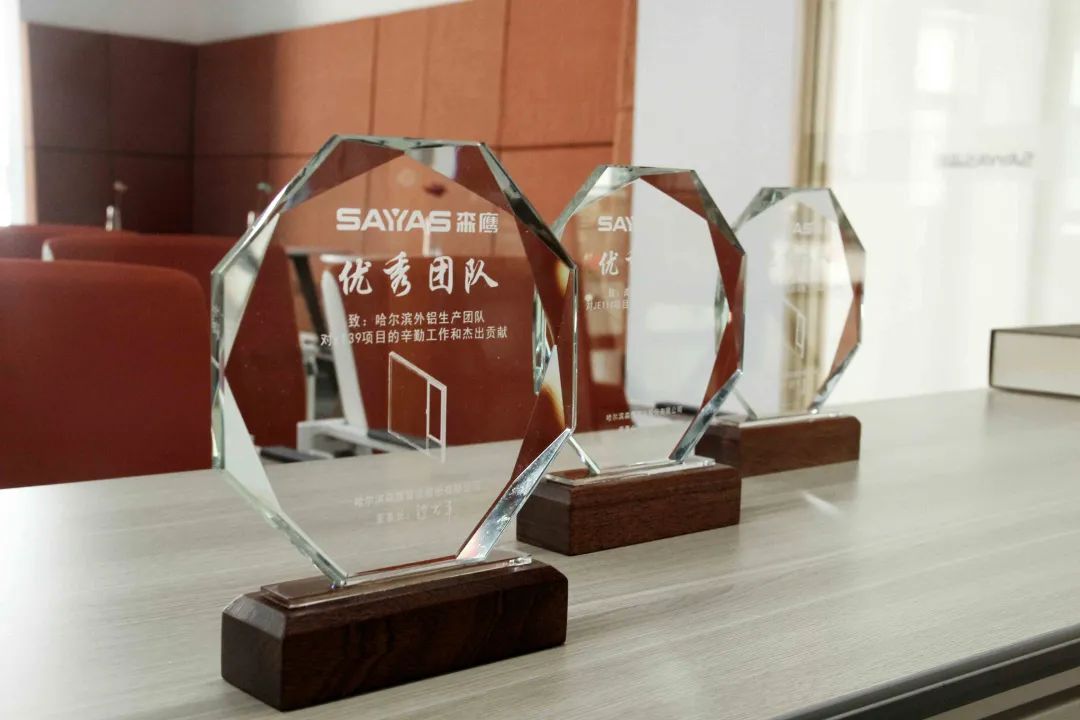 The current economic situation is grim, and some small companies cannot survive, so they start desperately reducing prices, which has caused operational difficulties for some large-scale companies. Because we regulate our operations and pay taxes in accordance with the law. Our employees cannot be paid lower than others. It is not easy for everyone to support their families, and only excellent salaries can attract outstanding talents. Therefore, we must increase the amount on the basis of the existing resources to dilute the manufacturing costs. Our material costs are cheaper than others, and we consume less than others. After deducting various expenses, we can still maintain profits. Profit is the source of supporting the development of the enterprise. We must take the road of large-scale operation and provide the market with good products of high quality and low price. We must continue to innovate in science and technology. Enterprises without technological innovation have no hope.

Most Chinese companies do not have R&D departments and do not have any innovation. They just follow others. This way the cost is really low, but you can never be ahead. If we, Sayyas, want to continue to lead the Chinese window industry, we must continue to innovate. Although there are only dozens of colleagues directly under our R&D center, we have a general R&D center, and hundreds of employees are ex officio members of R&D. The R&D center has the authority to reward, and the incentive policy must be implemented. Not only do we operate legally and compliantly, but we also need to make money for everyone and let the company continue to develop profitably. This goal is difficult to achieve, I rely on you all! Thank you again, and I wish you all good health in 2021, stay away from the disease and not contract the new crown! 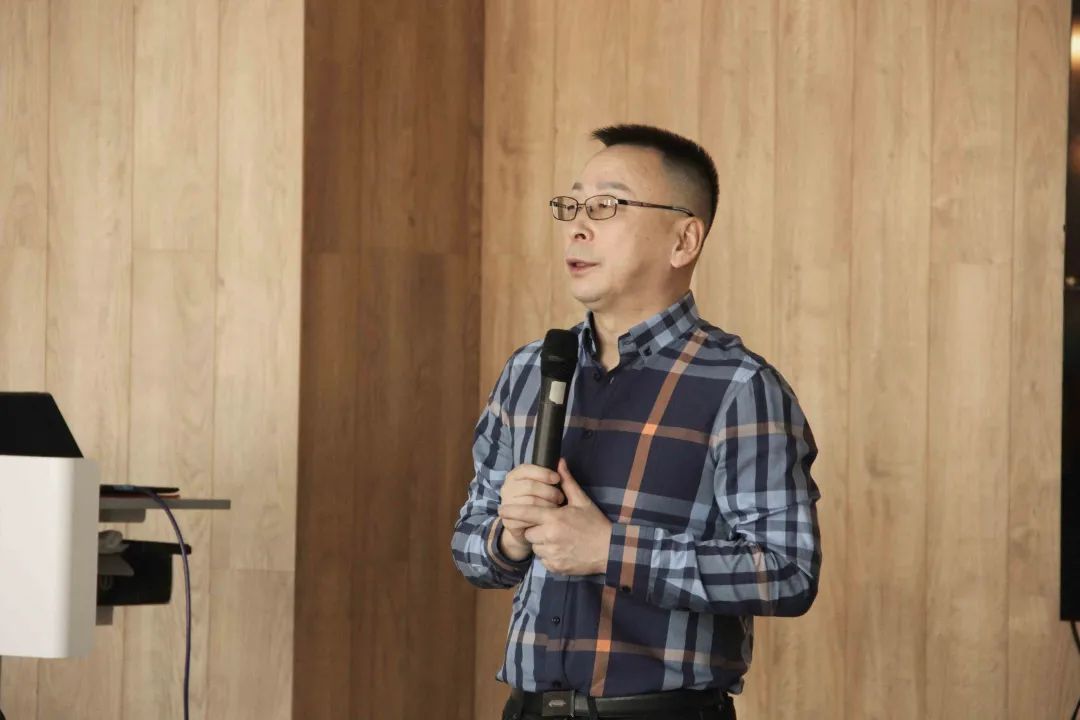