On November 24th, the 2020 "Sayyas Cup" first passive house design and construction competition hosted by Beijing Building Energy Efficiency Research and Development Center and exclusively titled by Sayyas Window Industry came to a successful conclusion. The summit forum welcomed many experts, scholars and industry colleagues. In his speech, Bian Shuping, chairman of Sayyas Window Industry, gave a speech on "Blocking Climate Change with Sayyas Aluminum-clad Wood Air Conditioning Windows" to cause audiences to ponder: "3060" carbon emission commitments are still in their ears. How to do well in the rapid changes Only when companies make good products can they maintain awe of the natural environment and solve the balance between development and energy conservation? The following is a speech by Chairman Bian Shuping at the summit—— 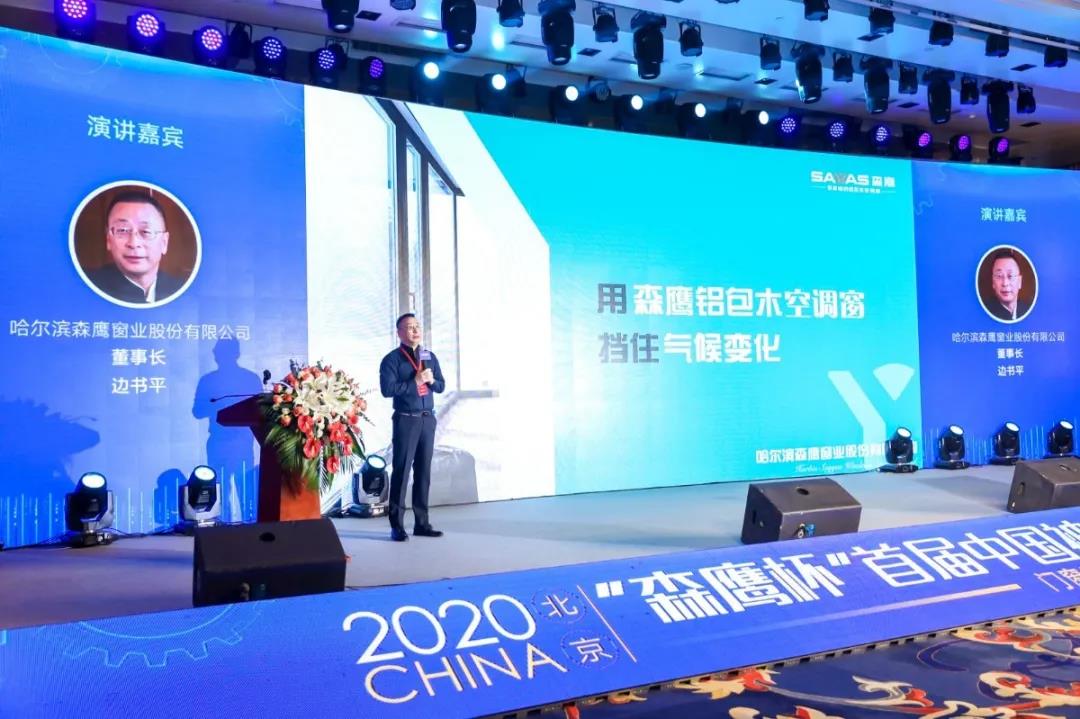 Yesterday, the 2020 Sayyas Cup Passive House Construction Design and Installation Competition ended successfully. Although the scale of the competition is small, the value of its dissemination, publicity, and training is not small. It allows more people to know how to build good houses that are energy-saving, environmentally friendly, comfortable and healthy, warm in winter and cool in summer, and longevity. Because we need a good house too much. High energy-consuming buildings do too much harm to the world and our health.

This year, our eyes were so attracted by the epidemic that we neglected such an important message. In Verkhoyansk, a small town called the "cold pole" in the Arctic, the average temperature in summer was 5-8 degrees, but this year it has reached 38 degrees. By the end of this century, whether our descendants can still see the polar bears alive has become an unknown. The situation in Antarctica is also severe. The temperature this year has reached 20.75 degrees, and a strange phenomenon has appeared. The snow has turned into red snow. According to statistics, Antarctica melts 3 trillion cubic meters of ice every year. The krill, which penguins rely on for their livelihoods, swims to the depths of the ocean due to the rise in temperature. Penguins who have no foothold and food can only stand sadly on the muddy ground. Except for the north and south poles, the situation in other regions is not optimistic. The high temperatures in Japan, the wildfires in Australia, and the floods in China... A few days ago, there was a heavy snowfall in Harbin, reaching a thickness of half a meter, and the roofs of many factories collapsed. The terrible effects of climate change have entered our daily lives. 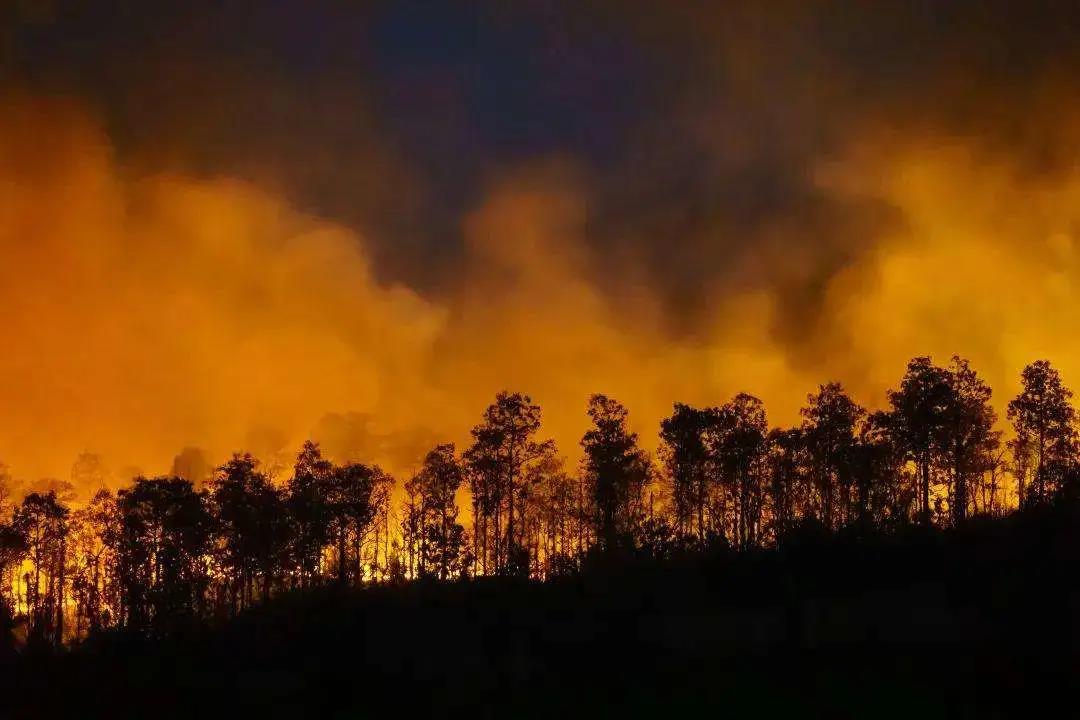 (The above pictures are from the Internet, infringement deleted)

Climate change has brought about three positive feedback, non-human phenomena. First, the permafrost began to melt, and the carbon monoxide, carbon dioxide, and methane that had been hidden in the permafrost for hundreds of thousands of years were gradually released; many viruses and microorganisms also began to resurrect, and 28 species of us have been discovered. A virus that has never been seen before. Second, the sea floor of the Arctic is leaking. There are dozens of spots on the surface of the Arctic Ocean, each of which is a few square kilometers in size, where methane is emitted. The impact of methane on climate change is 14 times that of carbon dioxide. Third, the snow and ice cover of the Himalayas, Kilimanjaro, and the Alps began to melt and turn black, so the heat absorption capacity increased and the reflection capacity decreased. The above three phenomena cause the earth to enter a positive feedback, and the temperature continues to rise. Moreover, it is difficult for scientists to predict it. 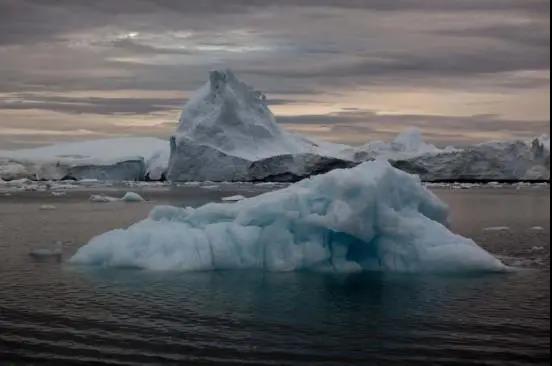 (The above pictures are from the Internet, infringement deleted)

Speaking of this, I am reminded of Chapter 29 of the Tao Te Ching: I have no choice but to take the world and do it. The world’s artifacts cannot be done or held. Those who do will lose, those who hold on will lose. It means that the purpose of governing the world with compulsory methods cannot be achieved. If you strongly control the world, you will definitely lose it. The earth is like an artifact. Human beings continue to consume fossil energy and emit carbon for their own comfortable life, so that our earth is covered with a thick coat, so that short-wave solar energy can shine in, but long-wave solar energy can’t reflect. The earth is getting hotter and hotter. We have triggered the mechanisms of the earth, and it will become elusive. The 25th chapter of "Tao De Jing" says: The old way is big, the sky is big, the earth is big, and people are also big. There are four major areas in the domain, and people occupy one of them. People follow the earth, the earth follows the sky, the heaven follows the Tao, and the Tao follows nature. In this world, man is not the boss, man cannot conquer the sky; but we are against the object, and corrupt the earth to enter the countdown to extinction.

Human beings are carrying out suicide attacks on the earth, and they will surely be counterattacked by nature.

Faced with such a crisis situation, our great general secretary categorically issued the "Zero Carbon China" and "3060" great plans on September 22. In the "Zero Carbon China" plan, I believe that "Zero Carbon Energy" is a revolution and the task is arduous. "Zero-carbon transportation" is relatively easy, the service life of cars is short, billions of cars can be scrapped within ten years, and then replaced with new energy vehicles. If "zero-carbon energy" is solved, "zero-carbon transportation" will not be a big problem. But "Zero Carbon Building" is not so fun.

There is a report from the China Building Energy Conservation Association that if our construction industry wants to achieve carbon neutrality, it will take until 2039. Our stock of buildings and new buildings are too large. Therefore, all of us here have "heavy tasks and short roads", and the road is not far away. But there is not much time left for us. We need 30 to 40 years to complete the tasks completed by developed countries in Europe and the United States in 70 to 80 years. It is conceivable how arduous this task is.

Sayyas is a small company founded in 1998. The biggest mistake in my life is to enter the window industry. I did not expect this industry to be so difficult; the biggest mistake in my life is to enter the window industry. We ushered in the great opportunity of "3060". In 2009, Sayyas began to have its own understanding and pursuit of energy conservation and environmental protection, and launched a passive window product, but it did not pass the PHI certification. In 2010, while we continued to develop passive windows, we made the decision to abandon the wood-aluminum composite window, which accounts for 55% of our sales, because it does not save energy. We focused on aluminum-clad wooden windows and controlled the K value of the product below 1.4. In 2012, we launched China's first passive matching window, which obtained PHI's B-level certification. At that time, the industry felt that this was a gimmick, but we didn't expect that we would stick to it. In the past 8 years, the sales volume has increased. Since then, we have continuously added new products on this basis, such as entrance doors and curtain walls, and finally formed a huge passive product family. 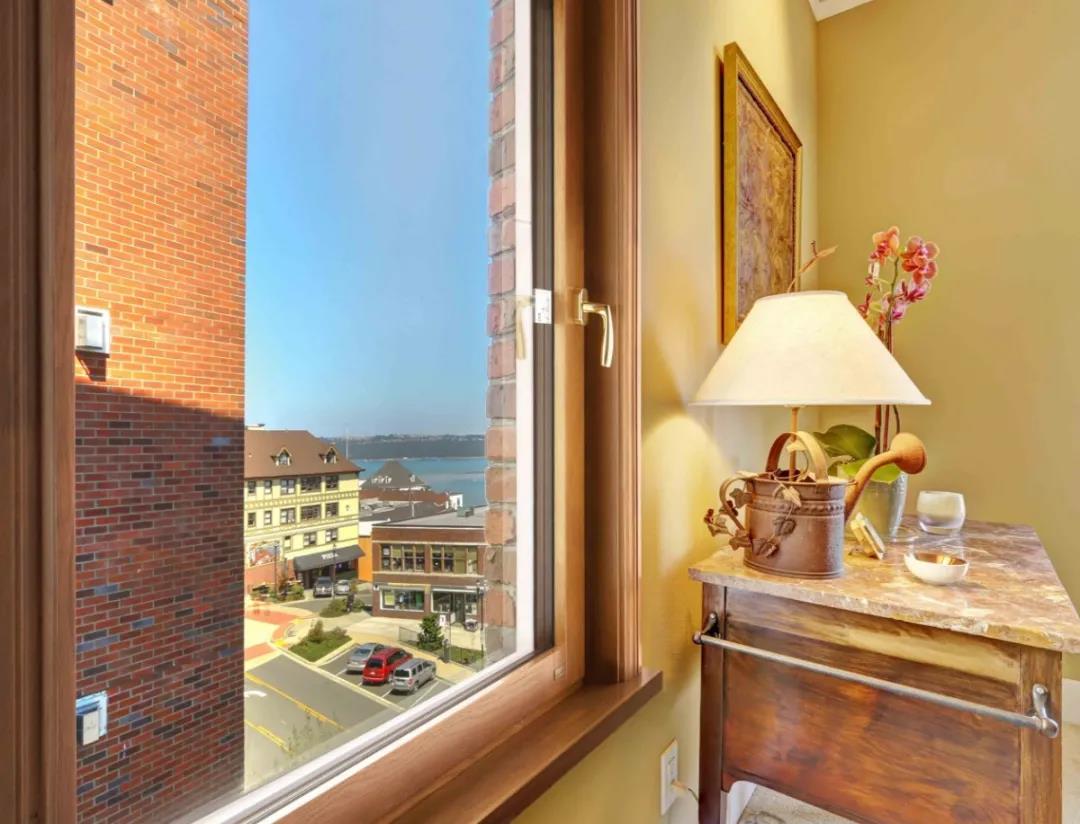 On July 7th of this year, we launched a new product that applied a new material, which we called the fifth generation window material, and made a product that reached PHI's A-level standard. On July 7 next year, we expect to launch a window product that can meet PHI's A+ standard. What is the concept of A+ level standard? If a window is to be made passive, the important thing is not the transparent part but the opaque part, because the transparent part is easy to do, but the opaque part is difficult to do. Ψopak is such an indicator of difficulty. Opak means "opaque", Ψ refers to "side heat transfer coefficient", Ψ≤0.065; frame heat transfer coefficient Uf≤0.55, and the entire Uw≤0.4, so that's it. 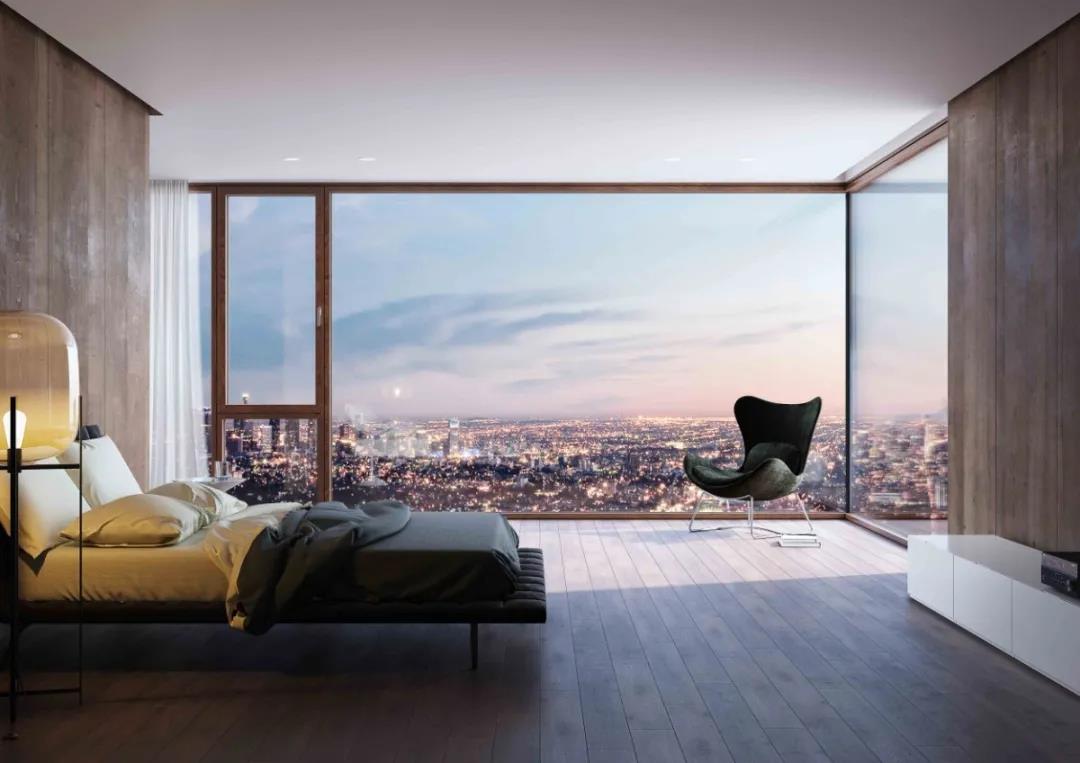 In short, in the field of building energy efficiency, Sayyas is a small company, but it dare not forget about the country. We are willing to use Sayyas air-conditioning windows to block climate change. Jeremy Rifkin wrote a book called "The Third Industrial Revolution." The first and second industrial revolutions brought our world into the quagmire of environmental destruction. The third industrial revolution will solve the problems left over from the first two and create a new GDP—a balance between green and development. . Dear leaders, distinguished guests, and experts, our great journey of carbon emission can only be successful if every enterprise is moved. If China's 60 billion stock buildings are to be renovated within 40 years, the amount of buildings to be renovated each year is 1.5 billion. Calculated on the basis of 20% of the window consumption, that is 300 million window demand. Even if all the companies that can produce passive windows in China are bundled together, it is impossible to achieve such a huge production capacity. China's supply chain in the passive house field needs to be developed on a large scale to contribute to the new GDP. Let us work hard together, thank you all! 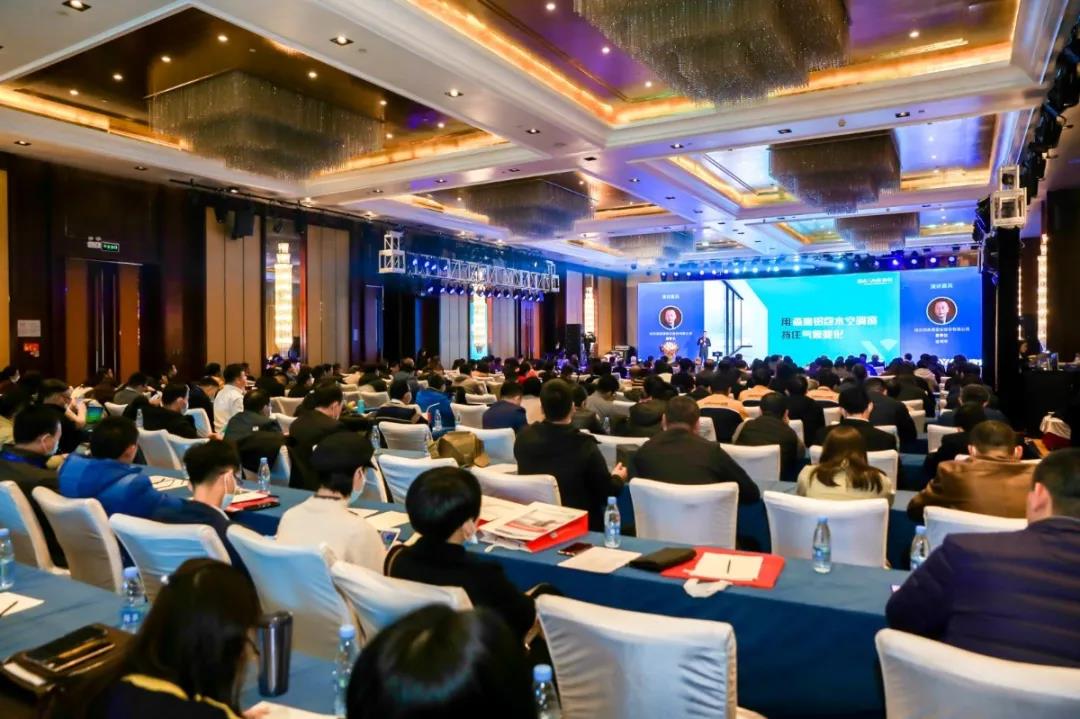